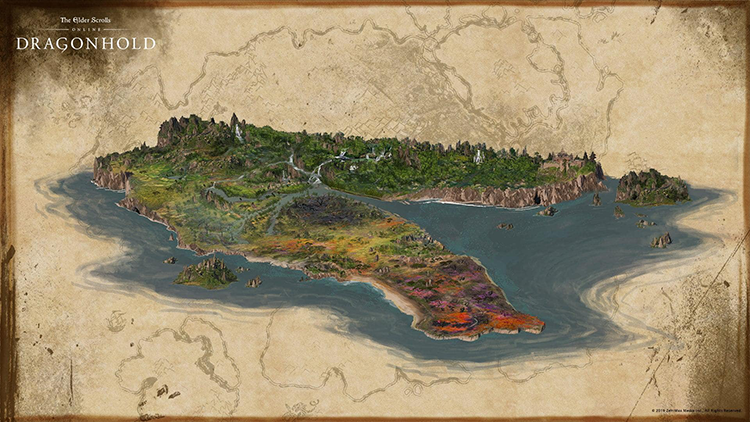 When venturing into Dragonhold’s new zone, Southern Elsweyr, you encounter a land in recovery, beset by threats on all sides. This new zone is similar in size to other DLC story zones, such as Murkmire or Clockwork City, and it is packed full of new quests to complete, challenges to overcome, and sites to explore.

In addition to experiencing the main story questline, in this new zone, you confront dangerous world bosses, explore mysterious delves, unlock new crafting stations and gear, and uncover a host of additional side quests that give you a sense of the history and character of the region.

In addition to the dangers posed by slavers and pirates, the people of Southern Elsweyr also must deal with a new threat: a rage of Dragons from the north.